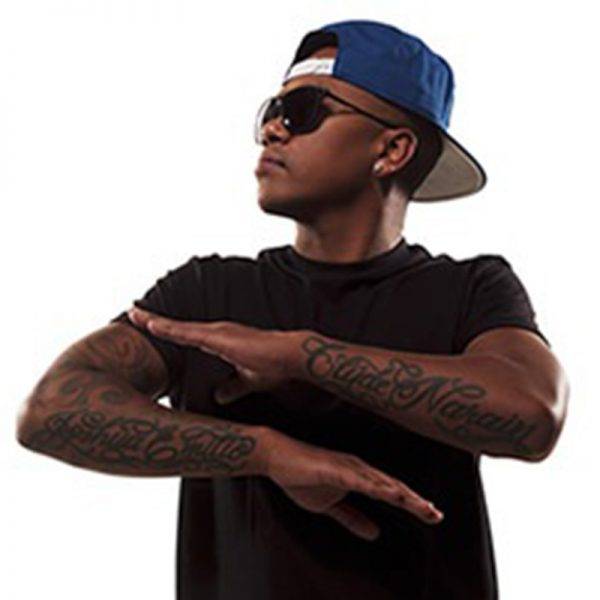 Chuckie’s leading mixing skills and distinctive productions not only show an indispensable complement to the Dutch dance industry, the international dance-scene has also been giving him a warm welcome. Driven by ambition, enthusiasm and pure passion for music, his characteristic set makes the crowd go wild and his many productions reflect his true visionary in his craft works. Nowadays, Chuckie still continues to surprise the crowd with his mind-blowing style and his story is yet to continue…
Chuckie: The Beginning
Born and raised in Paramaribo, Clyde Narain devoted himself completely to music and had played many records from a young age. He started out by deejaying at friend-related events, but would soon be known for hyping up many clubs and events as deejay “Chuckie”. He successfully proved his skills to be true and his innovative and energetic mixing skills are still making him one of the most popular artists of the moment. Crossing various genres, Chuckie has put his stamp upon the music industry and he still grows into a high mark in the international dancescene
Chuckie: The Music v House with lots of climaxes, various elements of surprise-effects and explosive beats. Chuckie has been described as the “The King of Mixing” many times and his unique style pumps up the crowd easily. A large amount of events and clubs have been welcoming his performances and Chuckie’s characteristic deep housesets are becoming more and more popular by a diverse global audience. Being the musical all rounder he is, his producerskills are well-respected and his recent “Toys are nuts” (with Gregor Salto) and “Guess What” (with Hardwell) are currently still climbing high on the charts. Check out the player for the latest releases such as “Let the bass kick”, “Any noise”, “Rides” and “Pong to this”.
Chuckie: The Gigs
Nowadays, Chuckie hosts many residencies, for example at Blacklist and of-course at his own event: “Dirty Dutch”. As being Dirty Dutch’s legendary figurehead, and because all editions would always fully sold out, Chuckie still successfully presents his own Dirty Dutch area at the Dutch festival Mysteryland. In August 2006 he released a limited edition of his “Dirty Dutch Propaganda” Album, in collaboration with EMI Music Canada, and due to huge success the second part was soon released in November 2006. Meanwhile, Chuckie has been the headliner in almost every Dutch credible event, such as: “Luxurush”, “T-Dansant”, “Indian Summer Festival”, “Loveland Festival”, “Heineken Fast Forward Parade”, “Mysteryland”, and , last but not least, in 2008 he’d been performing at Sensation White! In addition to his many gigs in the Netherlands, Chuckie also travels with great regularity to clubs in countries such as England, Germany, Greece, Switzerland, France, The Canary Islands, Curacao, Morocco, Turkey, Suriname, Portugal and Spain. In the summer of 2008, Chuckie was a personally invited by David Guetta for his event at Pacha in Ibiza. “I discovered this Dutch DJ in Amsterdam. He is mixing the hip-hop vibe with house Music like no one else!” said David Guetta.
Chuckie: The Success
Chuckie has been awarded several times for his work and received his first Award for “Best Urban DJ” in 2004. Nearly after a year, he prolonged this title and won the “Best Club DJ Award”. In 2006 he was nominated by the Dutch TMF Awards, along with Tiësto, Armin van Buuren and G Spotts, for the title “Best Dance”. In addition to his busy career, Chuckie also spent time on charity and is the ambassador of UNICEF Den Haag, the integration plan “&” and the Red Cross initiative “B the change”. For “B the Change”, Chuckie produced a single, inspired by quotes from world leaders like Mahatma Gandhi, Nelson Mandela and the Dalai Lama.
Chuckie: The Story Continues
Already being able to look back on a glorious career, Chuckie remains driven by his future plans. His experiences and memories are indelible and stimulate his drive to climb the ladder on an international base. As being a successful DJ, whose mixing-skills in the Netherlands is perhaps unparalleled, Clyde Narain alias Chuckie is devoted to conquer the world with his characteristic style! Ambitious, fanatical and with lots of potential: Chuckie is ready to rock worldwide so keep a close eye on him!